The Boat of Peter the Great Museum is not only known for the beauty of the landscape and a gorgeous view of the lake but also for its special historical status. 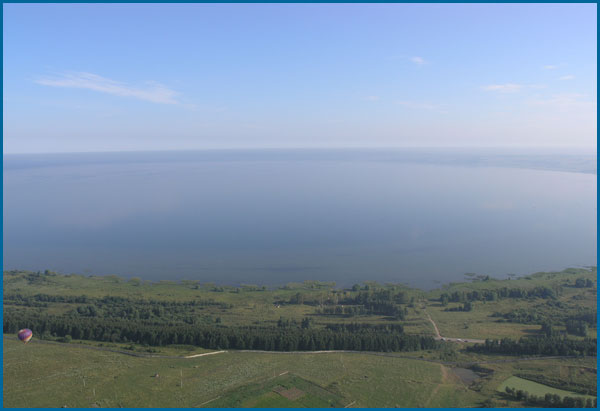 In spring 1688, after playing numerous mock battles in Semenovskoye and Izmaylovo villages young Peter thought of some “Neptunian fun” as they called sea battles: he discovered a British military boat in one of the village barns and got keen on shipbuilding.
Karsten Brandt, a Dutch shipbuilder, repaired the boat and Peter had the opportunity to navigate under sails on the Yauza River and Prosyany Pond. But these pools were too small for the tsar. Many years later, in his foreword to the Maritime Charter he wrote:
“...As the zeal for navigating was growing I started making enquiries for bigger pools. They informed me about a lake in Pereslavl. I asked my mother for the permission to make a pilgrimage to the Trinity Monastery and so got a chance to see the lake as well.” 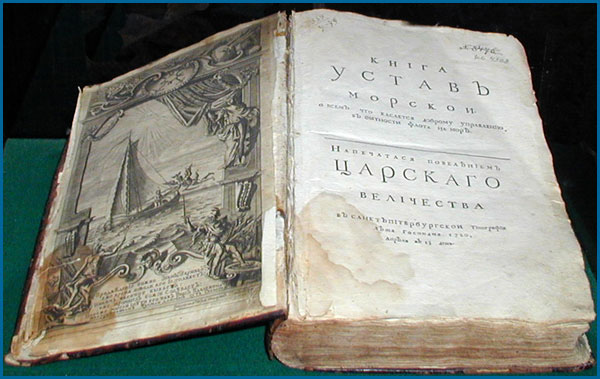 At the beginning of July 1688, keeping it a secret from his mother, the sixteen-year-old tsar first visited Plesheyevo Lake. Peter admired the big dimensions of the lake – at that time its surface was about 70 square kilometres.
As he came back to Moscow Peter confessed the real purpose of his “pilgrimage” to his mother Natalya Kirillovna and he started asking her to arrange a place in Pereslavl where he could accommodate his court. After numerous requests he got his mother’s permission and hurried to Pereslavl where his shipbuilder Karsten Brandt began preparations for building ships.
They chose a place for the shipyard on the bank of the Trubezh River which flows into the lake. In winter 1689 Dutch shipbuilders started the construction of the ships. 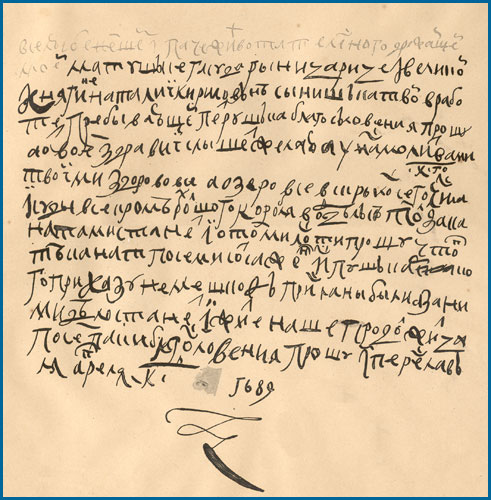 Peter wrote from Pereslavl to his mother Natalya Kirillovna:

“To my dear and beloved mother, tsarina and Grand Duchess Natalya Kirillovna from your unworthy son Peter engaged in shipbuilding works. I ask for your blessing and desire to hear about you being well. We are all doing well tanks to your prayers. The ice started melting on the lake on the 20th, all the ships except the big one are being finished: only the ropes need to be installed. So I kindly beg you to make the Pushkarsky prikaz immediately send me 1400 meters of these ropes. So, we can continue working and living here. Asking for your blessing again, Being in the town of Pereslavl 20th of April, 1689”

Natalya Kirillovna was striving to distract her son from his strange (in her opinion) hobbies. On the 27th of January, 1689 Peter married Evdokia Lopukhina. But that did not help much: a month passed and frozen rivers started melting. So, having abandoned his young wife, Peter rushed to his favourite lake. Two small frigates and three yachts were launched onto the lake. The young tsar wrote in one of the letters to his mother: “the ships are all quite good”. But he did not have much time to enjoy navigating these ships as the struggle for the throne made him leave Pereslavl.
Peter came back to his idea of shipbuilding in late autumn of 1691. On November 3 he gave orders to build a palace for royal visits in Pereslavl-Zalessky. They chose the Hill of Gremyach behind the monastery village of Ves’kovo as a place for the tsar’s court. By the following spring they had built a whole town. There was the tsar’s palace, the Ascension church, workshops, barns and storage of firewood. 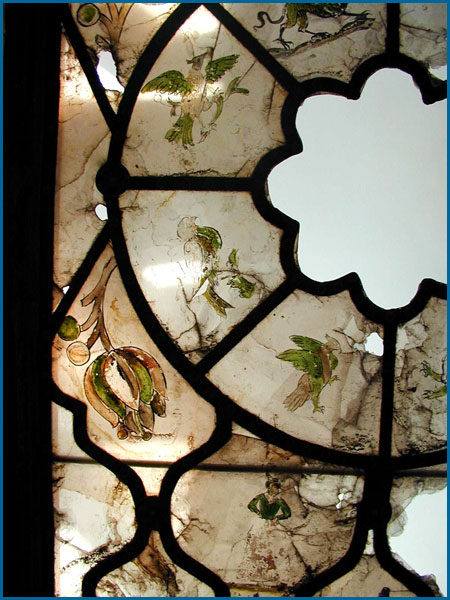 Fragment of the painted mica window, end of the 17th century.

The folk legends say the palace was built of logs, consisted of 5 rooms, there were mica windows, tiled furnaces. The entrance to the palace was located from the side of the lake: there were three doors and a double-headed iron eagle was placed above the central one.
There was a workshop area next to the housing area. It included workshops and barns – there parts of ships were made as well as some materials for shipbuilding were stored. Behind there was a forgery and a shipyard where smaller ships were built. They dug out a channel along the hill to take them down to the lake.
Peter enjoyed manual work. He worked on the Pereslavl shipyard as a common carpenter. 16 soldiers from his Preobrazhensky regiment were also working here headed by Yakim Voronin.

By May 1692 they had prepared the whole fleet on the lake including ships of different types and sizes. Besides, back in winter Peter ordered to bring to Pereslavl yachts and barges from the Moscow River.
On May 1 they launched the frigate Mars equipped with 30 cannons onto water and maneuvers of the experimental fleet were held accompanied by the infantry and artillery maneuvers. They were also repeated by the tsar in August for the invited noble people of Moscow. Cannon-shooting and bell-ringing of Pereslavl churches proclaimed the birth of the Russian Navy.
In 1693 before leaving for Arkhangelsk Peter purchased out the village of Veskovo and it became the royal property. Residents of the Fishermen’s Village and town’s officials had to look after the ships but as the time was running their supervision became less zealous. 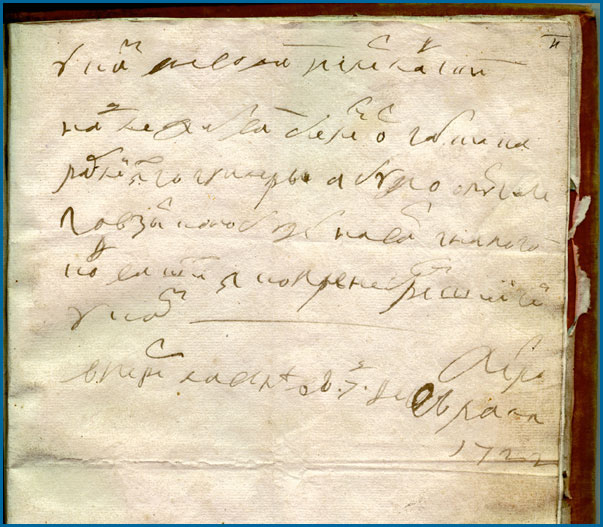 Peter’s Edict to the Governors of Pereslavl, 1722.

In February 1722 the great reformer tsar was passing through Pereslavl and discovered that his ships were in a deplorable state. The tsar issued a special edict where he ordered the local governors “to take care of the remaining ships, yachts and galleys”. Peter’s ships were collected in some sheds on the left bank of the Trubezh, right in the town’s centre, they made a list of ships and appointed guards. A fire which broke out in 1783 drew a line under the sad destiny of Peter’s fleet as it destroyed the young tsar’s ships. 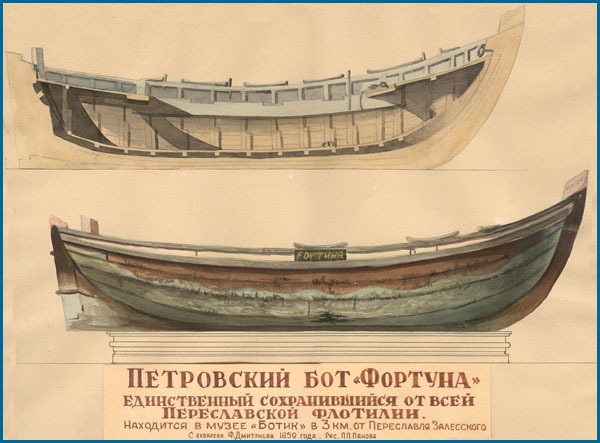 The Fortune, Peter’s Boat by P.Popov

By the middle of the 18th century the structure of Peter’s time on Gremyach Hill had been decayed. The remaining items and ship parts were collected in the barn on the workshop area. There, in 1802 Vladimir Governor, Prince Ivan Dolgorukov discovered the Fortune boat which was the only survived ship. Upon his initiative people of Pereslavl donated money to build a structure to keep the Boat inside. On August 1, 1803 the Boat was solemnly brought to a new building and so, they opened one of the first provincial Russian museums – the Boat House.